Home » Sorting a Benthic Sample
Back to Course

Show more
Watershed Watch Community Science What is an Benthic Macroinvertebrate, How to Sample, What do they tell us about Watershed Health? Sorting a Benthic Sample
Lesson 4, Topic 2
In Progress
← Previous Next→ 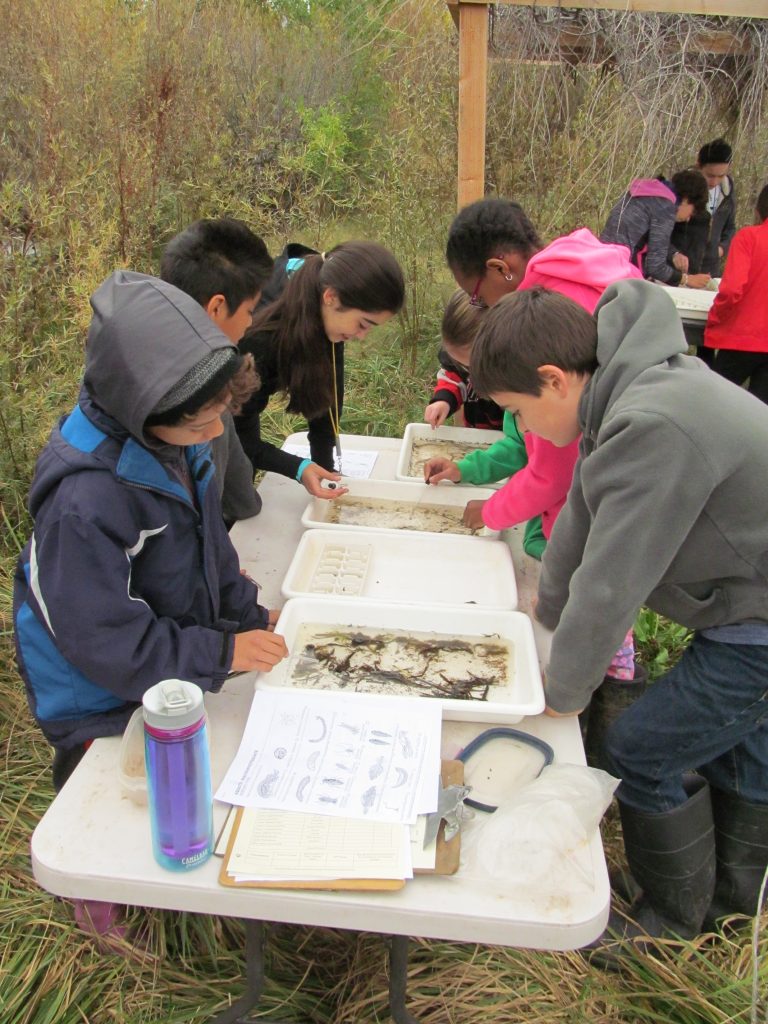 Put entire bolus in a sampling tray. Sort through the sample tray and pick out as many organisms as you can. Then sort them into a clean sample tray for easy identification. If the water is too cloudy, re-rinse the material. If there is much debris redistribute the sample into several trays. Retrieving insects is most efficient in a tray with clear water and a relatively white background for good contrast. As you carefully and systematically move bugs and debris from one side of the tray to the other remove each organism. Pay special attention to collect even the tiniest invertebrates. Allow adequate time to perform sorting making sure that at least 100 individuals are sorted. Identify major groups of Invertebrates and sort into corresponding petri dish. Utilize magnifying tool if required to see and identify smaller invertebrates. Time to get curious about what is alive in your river!